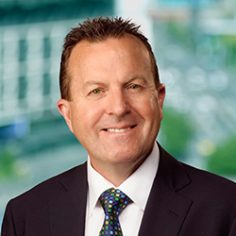 Michael Ray: Chris Pearce is a Managing Director at DB Results and a former federal political heavyweight. Just recently, the Australian Information Industry Association has released a white paper on its recognition of the important role that technology will play in Australia's medical future. Welcome, Chris.

Chris Pearce: Hi Michael, it's good to be with you.

MR: The white paper urges governments at all levels to unite and drive digital health through the pandemic. What does DB’s position say about that?

CP: Well, we were very very happy to be part of the development of this white paper, we've been a member of the AIIA for a number of years. The AIIA does really great work on behalf of the ICT sector in policy advocacy work; they had a white paper last year and they wanted to follow up with one this year. This year's white paper, Michael, covers about five or six key areas of the economy. Health is one of those critical areas. We at DB Results have a lot of experience working in the health sector with our clients and they invited us to participate in helping author the health section of this white paper, in terms of laying out some thoughts and ideas about how we as a nation can improve the delivery of health services via technology and we were really happy to be part of it.

MR: Reading the white paper it has Australia ranked at 26 out of 31 countries for science and technology. Have we improved, or slid down, or is that about where we belong?

CP: Well Michael, there's no doubt about it and I think, you know, all of us have noticed through the COVID pandemic that we can do better when it comes to technology in the health sector, and there's so much opportunity, can I say, around trying to use the power of technology for good. And I think that's the key point, Michael, that I'd like to say, is that technology for the sake of technology, you know, I don't think has any real meaning. I think where you can use technology to help the life and the living of your fellow citizens it really is a very meaningful endeavour. So I think we can do better, and, you know, I’m sure that you and your family and your friends and colleagues have noticed that throughout something like the pandemic, we have seen the dislocation across the country and the different approaches, the different timescales of delivery of health from the various jurisdictions, and I think it does highlight the fact that that we can do better.

MR: How has the white paper been received by government? Has there been any feedback?

CP: So it's been rolled out now, and because we're an organisation that was part of authoring it, the AIIA are inviting us to attend the briefings; there's been some initial briefings at the federal level and there's more briefings happening over the course of the next coming weeks – it's only been out for a couple of weeks now – but I think already based on some of the readings and some of the reviews that I’ve seen it's got some really important messages for governments, and, can I say, Michael, for industry itself. You know, I don't think the white paper is saying it's all government's responsibility, or it's all industry’s. As I'm sure you'd appreciate, it's a matter of how governments work best with industry so that industry can bring the best of breed to the table, and that governments can do what they need to do by way of legislation, regulation and compliance in making sure that Australians get the best health services available.

CP: Well you know, Michael, in a strange way I think the pandemic, you know, in a very odd way has actually helped a little bit of that, and I’m going to point, for example, something like telehealth. Now, again, I don't know about you or your family or your friends, etcetera, but you know if you think if you take your mind back 18 months, two years ago, telehealth was seen as, oh well yes it's there, but we don't really use it much. We've seen through the pandemic the whole rise and lift of telehealth, and people have accepted that as being a new way of doing it as a result. I know from my own family that they've used telehealth more than they've ever used it over the last 12 to 18 months. So I think people are becoming more comfortable with the use of technology when it comes to something as close and personal as health, and I think it's as a result of trying it, experimenting with it, and seeing the value that it brings that people get greater confidence. I mean, at the end of the day, when you're talking about your health record, it's about you, it's a deeply personal thing, and people want to be ensured that there's privacy, that there's trust with data protection and all the rest of it. And I think as we start to see what technology can do, like telehealth, I think people become more trusting.

MR: The pandemic has definitely accelerated change and normalised a lot of this. What's the next step, Chris? What will be the next goal that you're aiming to see here?

CP: I think if I could sum it up, I mean there's just so many things and so many opportunities that, you know, if we could do all things immediately, there’s so much to do, isn't there. But if I could sum it up Michael, I think what we're saying in our chapter of this white paper is that when it comes to health, and when it comes to technology, there's an opportunity, I think, to create some common frameworks so that you are able to get greater consistency across the states and the Commonwealth. So it's about consistency. I think it's about speed. I mean, again, I’m going to point to some of the COVID tracing apps; there were some states that had an app quickly, there are other states that lagged behind. If we had a common approach to these things, there may have been the capability to have one national COVID tracing app, instead of at the moment multiple tracing apps. So for me, I think the great opportunity is if we could if we could build a common regulatory consistent standard framework across our nation, in and around health and technology, I think that would just take us up that ranking that you referred to earlier.

MR: We're languishing down at 26 out of 31. The countries at the top of those rankings, is there a correlation with good health care and better outcomes, or is it just a bonus?

CP: I’m a very strong advocate in saying that, you know, at the end of the day, what gets us out of bed? What gets us out of bed is to use the power of technology to deliver better health healthcare outcomes. So if it doesn't deliver better health outcomes, I’m not sure why you'd bother doing it. So I think there is a correlation. I think the stronger your technology frameworks, the more consistent they are the more standard-driven they are, the better the health outcomes will be. I’m absolutely convinced of that.

MR: It definitely seems to be a generational change where, what would seem as something new I think, we'll look back in hindsight and wonder why it took so long to do it. Is that correct?

CP: I think that's right. And you know, we need to keep on the front foot here. It's a matter of keeping up with it, if you like. There are countries that have been very very quick to move on these things – I’m going to point to the US and the UK – and whilst we do marvellous and innovative things as well, we've got to keep on the front foot and you know, as I’m sure you will know over the years, we here in Australia have always been considered early adopters of technology, there's so many cases. So we have the capacity to do it, I think we absolutely have the industry expertise to do it, and if we can bring that together with government policy and regulation, I just think it would just make an enormous difference going into the future.

CP: And you too, I’ve enjoyed it, Michael.

When we look back and reflect on 2021, while it has been another COVID impacted year, it has also been one of great achievements under... 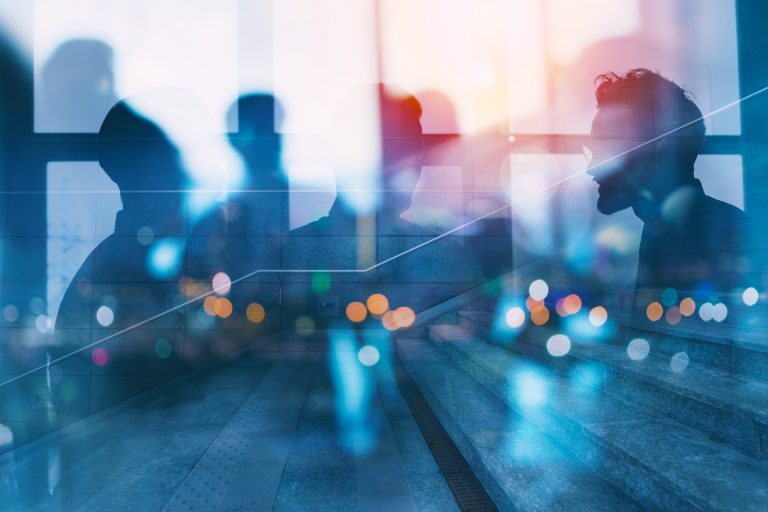 DB Results has promoted Natasha Bunshaw to the role of General Manager for the Southern Region of its global digital business. As the business continues...